I felt like I had to say that because when you’re living in America and you’re outspokenly black, like myself, people often confuse your pride for hate. So one last time, I LOVE WHITE PEOPLE.

Ok, I think I’ve been as clear as I possibly can. But now that’s out the way, let’s talk about why outspoken black people like myself have to make statements like the ones I made above.

Ever since I published this blog (and honestly some years prior) I’ve begun to notice a change in how people interact with me. A lot of people close to me are starting to believe I don’t like white people, simply because my content tends to focus on the mistreatment of black people here in America.

Of course, this was a huge surprise to me because I LOVE WHITE PEOPLE. Some of my closest friends and mentors are white. I know that sounds like some shit a racists MF would say, but trust me, I wouldn’t be where I am today (economically & socially) if I truly hated white people.

Since I really do LOVE WHITE PEOPLE I found it imperative to understand where this belief was coming from. Why do white people often times confuse “pro-black” as “anti-white?” 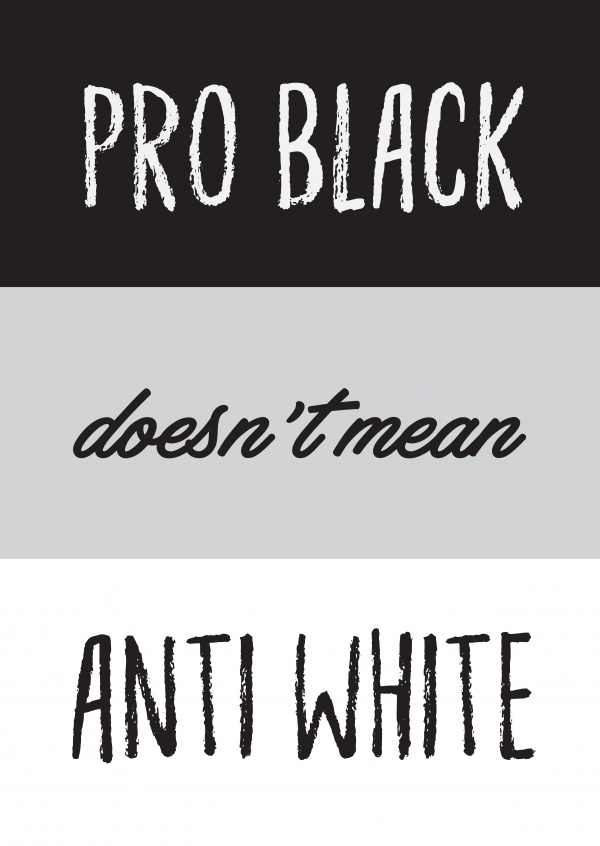 My first major in college before I switched to Business Administration was History Education. I really wanted to be a teacher, if you couldn’t tell 😅

Anyway, during that time I had to learn the basics of how to teach and more importantly, understanding the difference between teaching and learning. Which was the first time I heard about, “The Learner-Centered Design Theory.”

“Tell me and I forget. Teach me and I remember. Involve me and I learn. – Benjamin Franklin

In short, The Learner-Centered Design Theory basically means educators should put themselves in the learners’ shoes, and make educated decisions based on one’s empathy with the learners’ needs.

I realized that when trying to understand where this belief came from I had to revert back to the Learner-Centered Design. In other words, I had to put myself in my white friends’ shoes. Once I did that, I found the answers I was looking for. I truly believe the confusion stems from The White Guilt Complex and of course, the effects White Supremacy has had on this nation for hundreds of years.

“The charge of violence against us actually stems from the guilt complex that exists in the conscious and subconscious minds of most white people in this country. They know that they have been violent in their brutality against negros and they feel that someday the negro is going to wake up and try and do unto the whites as the whites have done unto us.” – Malcolm X 1963 Interview at Berkely University

According to Wikipedia (chill out this isn’t a college essay) White Guilt is defined as, “the individual or collective guilt felt by some white people for harm resulting from racist treatment of ethnic minorities by other white people both historically and currently in the United States and to a lesser extent in Canada, South Africa and the United Kingdom. White guilt has been described as one of the psychosocial costs of racism for white individuals along with empathy (sadness and anger) for victims of racism and fear of non-whites.”

I really wanted to highlight that last sentence because I think it speaks to why white people often confuse pro-black as anti-white. When white folks truly put themselves in a black person’s shoes they become overwhelmed with emotions. It’s through those emotions white people either become “woke” or they’re white fragility triggers them into a state of fear. 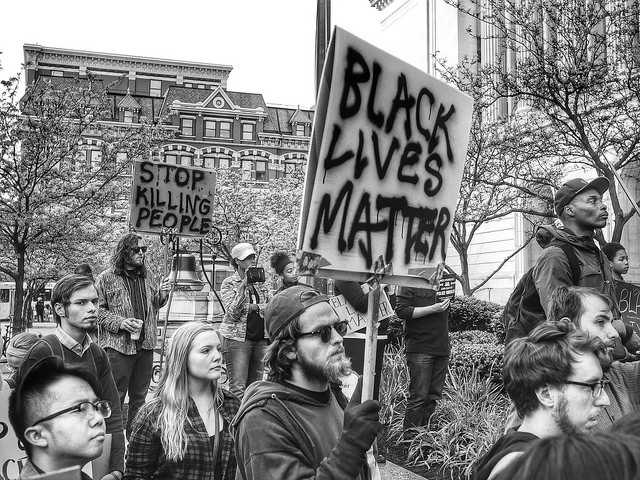 When white people look at life through the lens of a POC, a lot of emotions can occur. Some feel unbelievably sad, or even angry that these mistreatments have been happening in plain sight for hundreds of years and not much has been done to stop the constant attacks on the black body. Those white people are the ones who understand pro-black doesn’t mean anti-white because they themselves are pro-black. In fact, they have realized that they’re past compliancy in regards to the black struggle is what helped fuel the flames of oppression for all these years, and if change is going to happen it must start with them. They understand that we’re all in this race together, and if one of us isn’t free, then none of us are free.

On the other hand, some white people, I’d argue the majority of white people, become overwhelmed with fear. Malcolm X’s said it best when he said,”They know that they have been violent in their brutality against negros and they feel that someday the negro is going to wake up and try and do unto the whites as the whites have done unto us.” It’s the fear of retaliation from non-whites who have been victims of this system for far too long that consumes the psyche of certain white people. Those white people often mistake pro-black as being anti-white, because if the roles were reversed it’ll be chitty chitty bang bang.

They know White Power comes at the expense of black people, so in their minds, Black Power must come at the expense of white people. I have to add that there is no factual proof that supports these fears, but in America, white fear trumps reality. In fact, we saw a small sample of it during the “Unite the Right” so-called rally. Remember? Hundreds of scared white people crowing the streets chanting shit like, “White lives matter,” “you will not replace us,” which later turned into, “Jews will not replace us.” That so-called rally was white fear & projection in full display. I mean you could practically see The fear of being the oppressed minority oozing out of their pores.

Just so we’re all on the same page, “White supremacy or white supremacism is the racist belief that white people are superior to people of other races and therefore should be dominant over them. White supremacy has roots in scientific racism, and it often relies on pseudoscientific arguments.”

America was literally founded on White Supremacy. Go check out my piece titled, “Whiteness: The Ultimate Social Control Weapon,” if you think otherwise. For white supremacy to work effectively, widespread propaganda must happen. In the case of American white supremacy, the propaganda had to be done at the expense of African-Americans.

In the infant years of America & throughout the era of American slavery, every major societal establishment offered legitimacy to white supremacy. For a brutal system like slavery to exists, white people had to fool themselves into believing black people were truly inferior. To do this, White supremacy was central to religion, science, education, and entertainment here in America. Of course, I have another piece titled, “The American Racial Caste System,” that details exactly how vital white supremacy was to these pillars of American culture.

Now in 2019, we have to understand that 400+ years of misinformation and propaganda at the expense of African Americans has completely distorted the image of black people in America. So much so, one can easily mistake a positive image of African Americas as anti-white itself.

This shines brightest in American media entertainment. One of America’s most popular sitcoms is a show called Friends. If you didn’t know, Friends is hella white. I mean that quite literally too bruh. All white cast and I wouldn’t be surprised if the writers and directors were also white. This is seen as normal, but when Netflix drops Luke Cage, all of sudden we have a “lack of diversity” problem… All of a sudden something that seems to be focused on one race, especially a positive outlook on that race, is seen to be “reverse racism.” 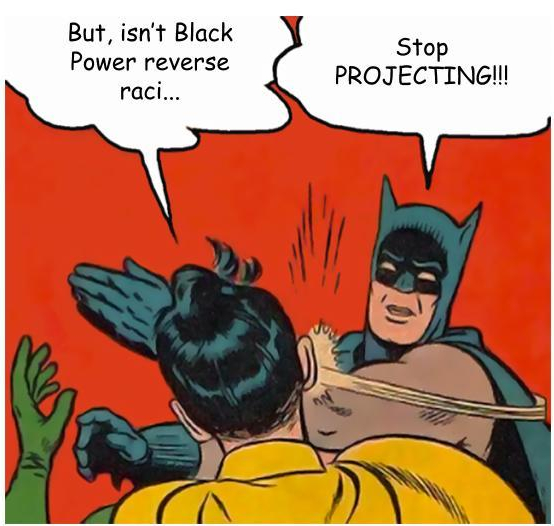 For too long black people have been mistreated, exploited, and castrated at the expense of white supremacy. This mistreatment plus decades of anti-black propaganda has left us ashamed to be proud of our own skin let alone what we’ve accomplished in the face of decades of oppression. Don’t fall for the okey-doke. Black IS beautiful, black IS power, black IS love, black IS peace.

At the end of the day, I hope people realize that pro-black isn’t anti-white. Instead, pro-black simply means equality. Not just for white men, or white people in general. Pro-black means equality for all of us.