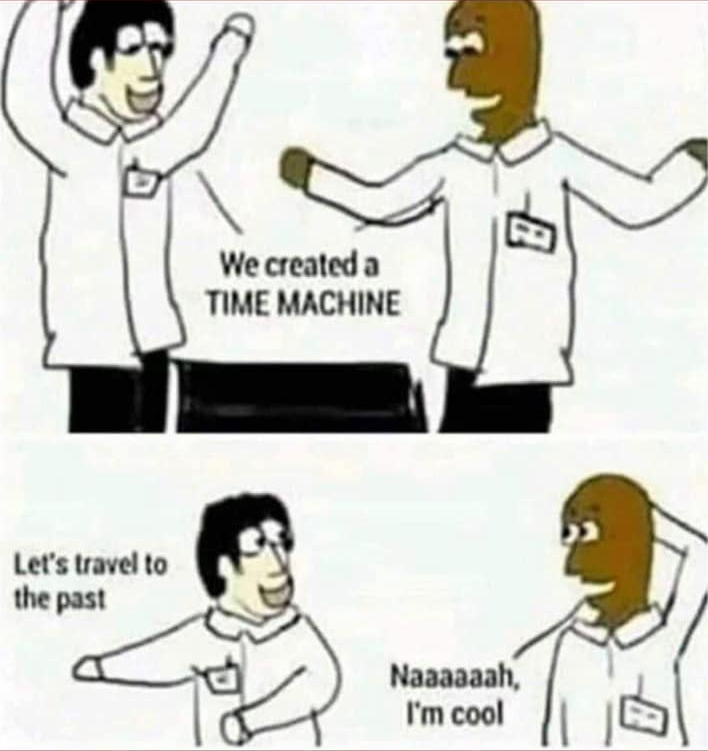 The kingdom of heavan is within you; and whoever shall know thyself shall find it.

I was scrolling on Facebook when I ran across a meme that USED to get me hella weak. 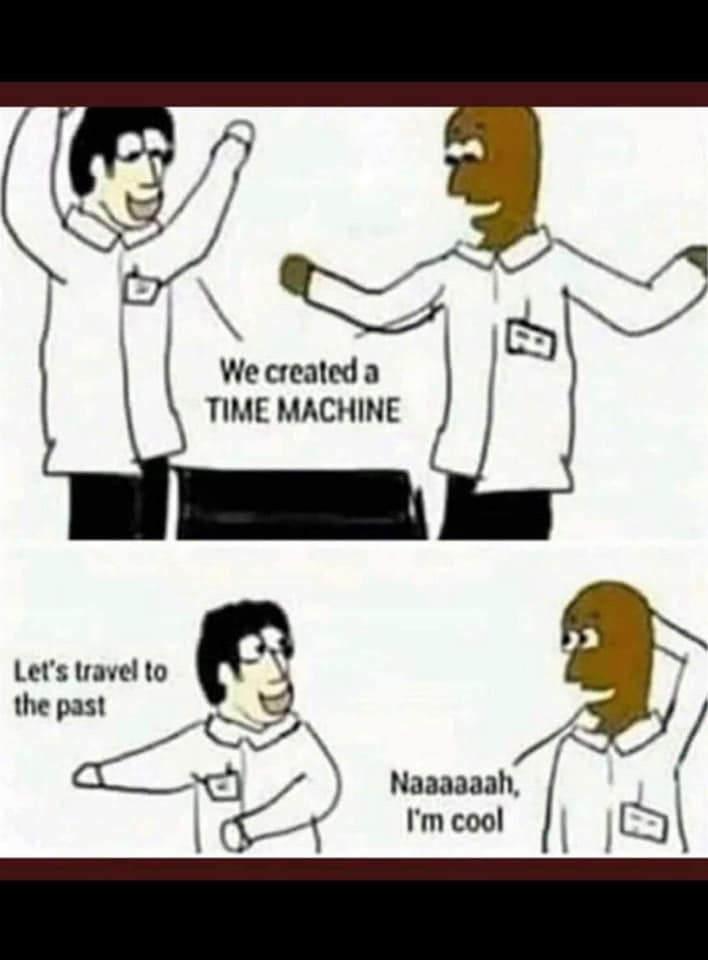 For those who are hip to memes let me quickly just state that I know this is hella old. In fact, I’ve actually posted this same meme a few years ago on my own FB…

Back when I posted it I can remember thinking to myself, “Boy, I feel that shit. A time machine is most definitely some white people shit.” In fact, I might’ve said something along those lines when I made the post.

I remember thinking, “why would any sane black person wanna go back to the past?” I had always been a student of history, especially American history, so I couldn’t help but shake the idea that only a crazy mf (or a white person) would want to go back in time.

Why is it that whenever we generally think of black history we tend to only think of our time here in the states?

For most of my life, I seriously believed that African Americans didn’t have a history outside of bondage. I most definitely didn’t believe we had much of an ancient history back in Africa to be proud of either.

But thanks to the reawakening of my consciousness to Africa, I’m now being to see how I was misled for all those years.

“When you go back into the past and find out where you once were, then you will know that you weren’t always at this level, that you once had attained a higher level, had made great achievements, contributions to society, civilization, science and so forth. And you know that if you once did it, you can do it again.” – Malcolm X

Like most African Americans, I had no knowledge of Africa and her former greatness largely because her history has been erased or whitewashed to compliment the ideology of Eurocentrism and white supremacy.

Eurocentrism is a worldview centered on or biased towards Western civilization. The exact scope of centrism varies from the entire Western world to only Europe or even just Western Europe. When applied to history, it may refer to an apologetic stance towards European colonialism and other forms of imperialism.

When you study African history you’ll begin to uncover a whole new set of worlds you never knew existed. You’ll begin to learn about high-class civilizations like the ancient empires of Monomotapa and Songhai. You’ll begin to learn that your African ancestors are the pioneers of mathematics, astronomy, philosophy, and even chemistry long before the greeks ever stepped on the scene.

Once you start to uncover the true history of Africa you’ll also start to uncover what was done to Africa that led us to where we are now… You’ll begin to wonder why this knowledge has been ignored here in the west.

You’ll begin to wonder why is it that as African Americans we have no knowledge of our cultural ties to Africa, let alone the history our people created in Africa.

African Americans don’t have a sense of history outside of oppression and bondage, not because we don’t have one, but because it was stripped from us.

For chattel slavery to flourish (the way it flourished for centuries here in American) the humans who were to be enslaved most first be dehumanized. How can you dehumanize an entire race of people?

Strip them from their culture & historical greatness and replace it with one that fits the narrative.

Of course, thanks to the many achievements we’ve gained through freedom movements that have happened since the start of this nation, we’ve been able to retake some of these labels and turn them into words of empowerment i.e. black power and phrases like black lives matter. We’ve even convinced some white allies to join the fight against what their ancestors created.

However, even though we’ve made what some would call great gains, the dark history associated with some of these words still remains.

In my opinion, the only way we rid ourselves from the history of the so-called Negro is by reclaiming our history to Africa an ALL of her greatness.

I’m going to leave you guys with a clip featuring the late great Dr. John Henrik Clark from a short documentary I found on YouTube titled The Heritage of The Negro (1965).