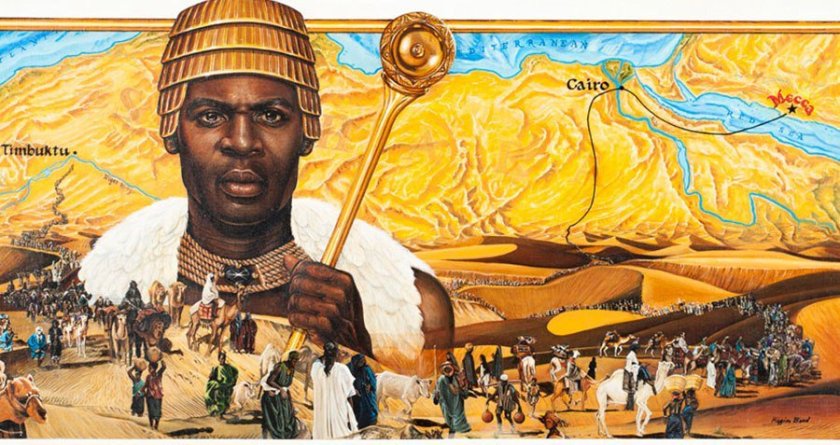 “They take us down home, but they never give us a history of back home.” – Malcolm X

I was listening to a recording of Malcolm X holding an open lecture about “Afro-American History,” when I heard him say something that immediately caught my attention.

He was talking about Negro History Week, which of course is now Black History Month when he said, “during this one week they drown us with propaganda about Negro history in Georgia and Mississippi and Alabama. Never do they take us back across the water, back home. They take us down home, but they never give us a history of back home. They never give us enough information to let us know what were we doing before we ended up in Mississippi, Alabama, Georgia, Texas, and some of those other prison states. They give us the impression with Negro History Week that we were cotton pickers all of our lives. Cotton pickers, orange growers, mammies and uncles for the white man in this country – this is our history when you talk in terms of Negro History Week. They might tell you about one or two people who took a peanut and made another white man rich. George Washington Carver – he was a scientist, but he died broke. He made Ford rich. So he wasn’t doing anything for himself and his people. He got a good name for us, but what did we get out of it? – nothing; the master got it.”

First, let’s just take a minute to digest all of that… We’re truly blessed that these words were recorded and preserved in a way to which we can reflect back on them in 2019. Even though Malcolm said this 55 years ago much of it still rings true today. So much so that we as a people don’t even realize where are true roots lie. What if I told you we, as African Americans, only discuss 10% of our own history? That’s it, 10%…

Leaders in our past have tried to spark the sleeping consciousness of the black masses so that we might wake up one day and see what our ancestors were able to see in themselves when they created one of the most advanced civilizations to ever walk this planet. Understand this, my black brothers and sisters. We are not from the West. We were brought to the West but our origins are from the East. That’s the main reason why our fallen leaders demanded we call ourselves AFRICAN-Americans, instead of Negros or Color People. We are descendants of Kings & Queens from ancient civilizations that ruled this Earth way longer than the present power structure that holds European civilizations at the top of the pedestal. They tried to cut our ties to Africa by calling us Negros, Niggas, & Coons, and for a long time, the trick worked. Our history doesn’t begin some 400 years ago when white nations started stealing our bodies and selling us into slavery. Our history dates back thousands & thousands of years before European, Spanish, and Asian colonizers stepped foot in Africa.

“If black people knew their glorious past then they would be MORE inclined to respect themselves.” – Marcus Garvey

So instead of writing another piece highlighting our fallen heroes and forgotten accomplishments of the past 400 years I decided to really dig deep and rediscover our roots. Roots that stretch back 4,000 years ago.

Most African Americans descend from the half million Africans who landed on the shores of North America as captives during the trans-Atlantic slave trade. The vast majority came from Western Africa (shaded area above) whose history is a story of the rise and fall of many kingdoms and empires. Much of these African kingdoms and empires date back thousands of years before the Ancient Roman Empire or Ancient Greece who many believe led way to today’s civilized world. This will take some time to unravel so to save some serious eye strain I will break this MF down into a mini-series. Consider this the intro 🙂 In the next piece of this miniseries I’ll be covering Ancient Africa, and the civilizations that gave birth to the world we know today.